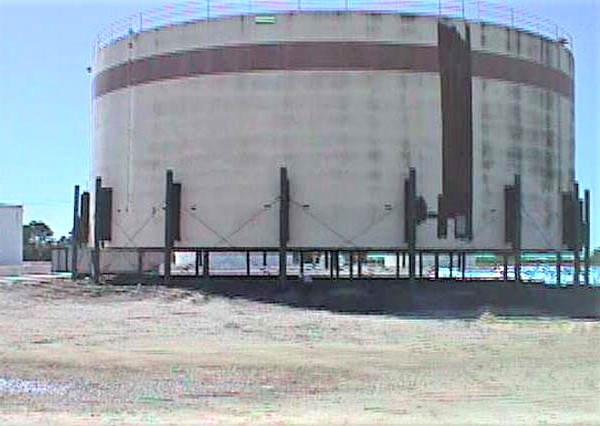 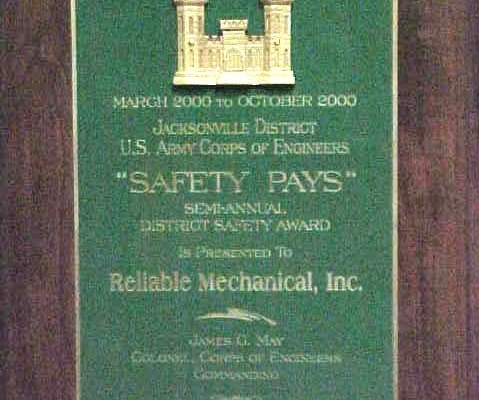 The work also included removal of 2-feet thick steel floating pans from the interior of the tanks and the attachment of a tank lifting system to lift the outer shell of the tanks after the floor was cut loose.  This included the removal of the existing ring walls and piping.  Once the new ring walls were installed, a fuel resistant liner was then placed, sand was laid, and a cathodic protection system was installed followed by another layer of sand.  After the new floors were installed, the tanks were lowered and welded down.  Approximately 5 feet of the upper shell was removed and replaced with approximately 8 feet of new shell followed by new roofs.   New fuel piping was installed from the bermwalls to the new tanks complete with new valves, pipe supports, nozzles and nozzle plates.  The new internal coating system was a two-coat epoxy system with a specialized PTFE topcoat.  Due to the Florida climate and tight recoat windows for tank coatings, temperature and humidity controls were required and implemented.