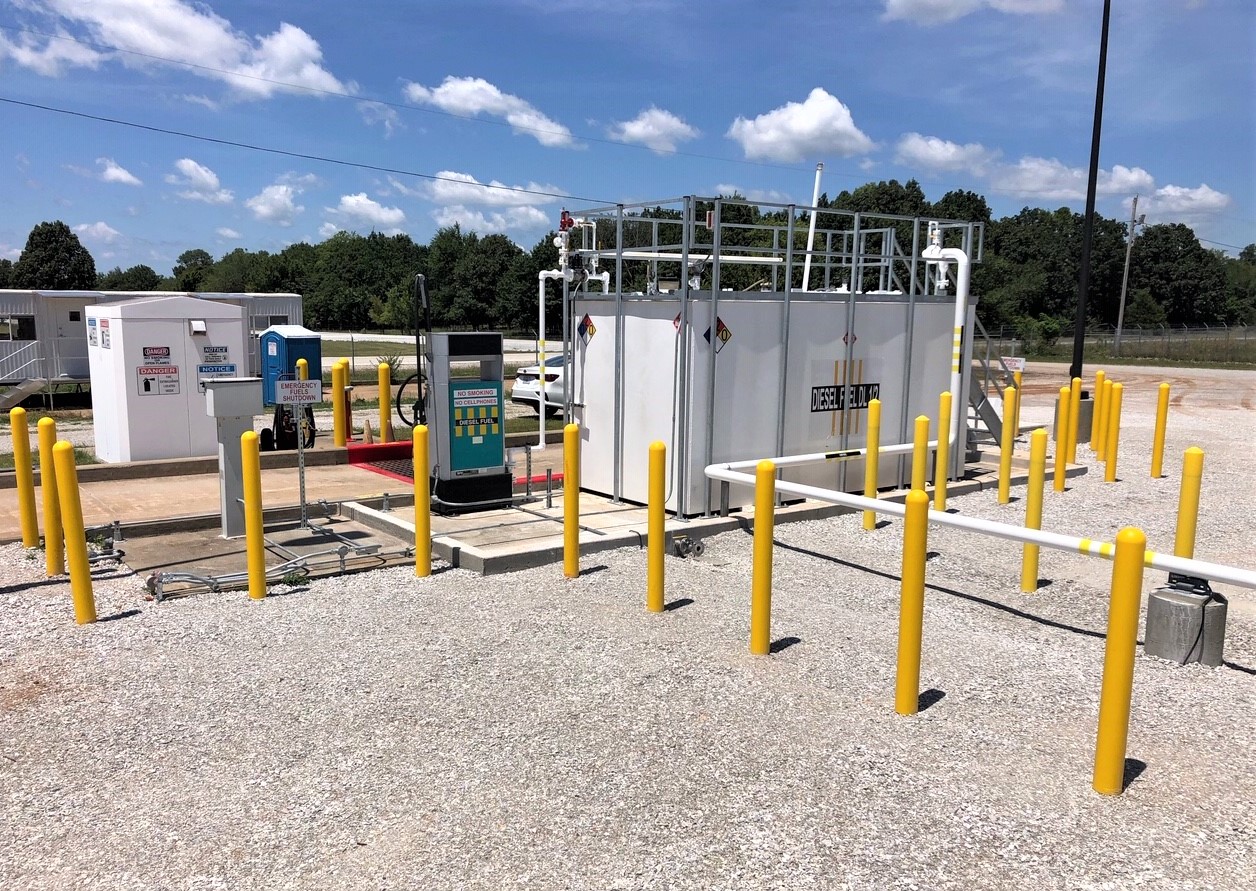 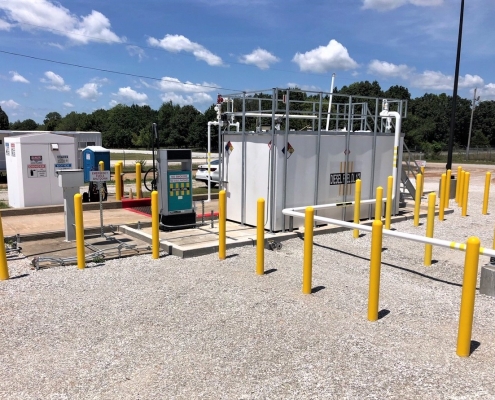 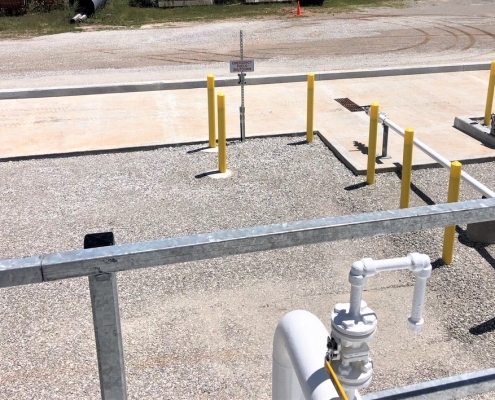 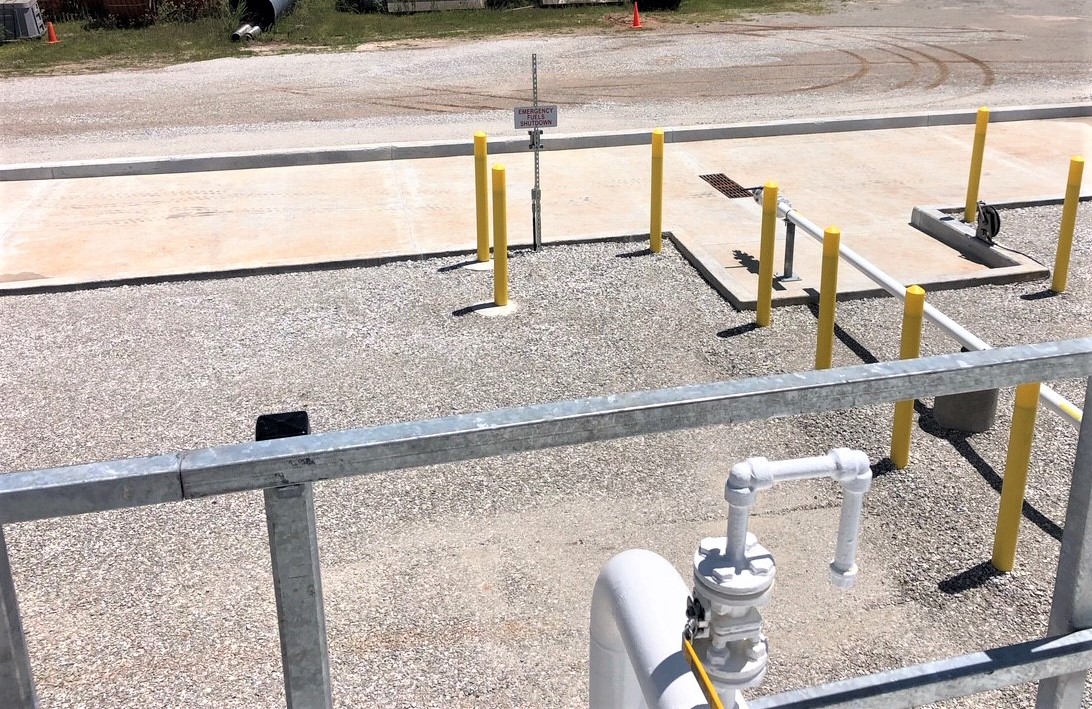 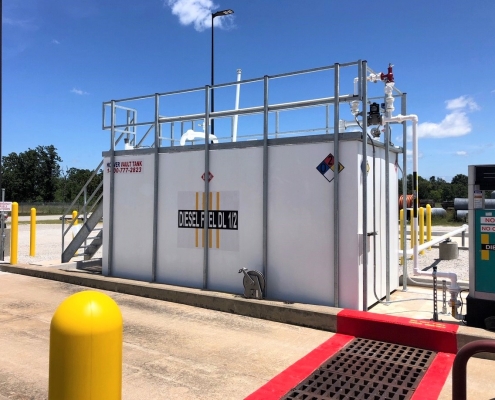 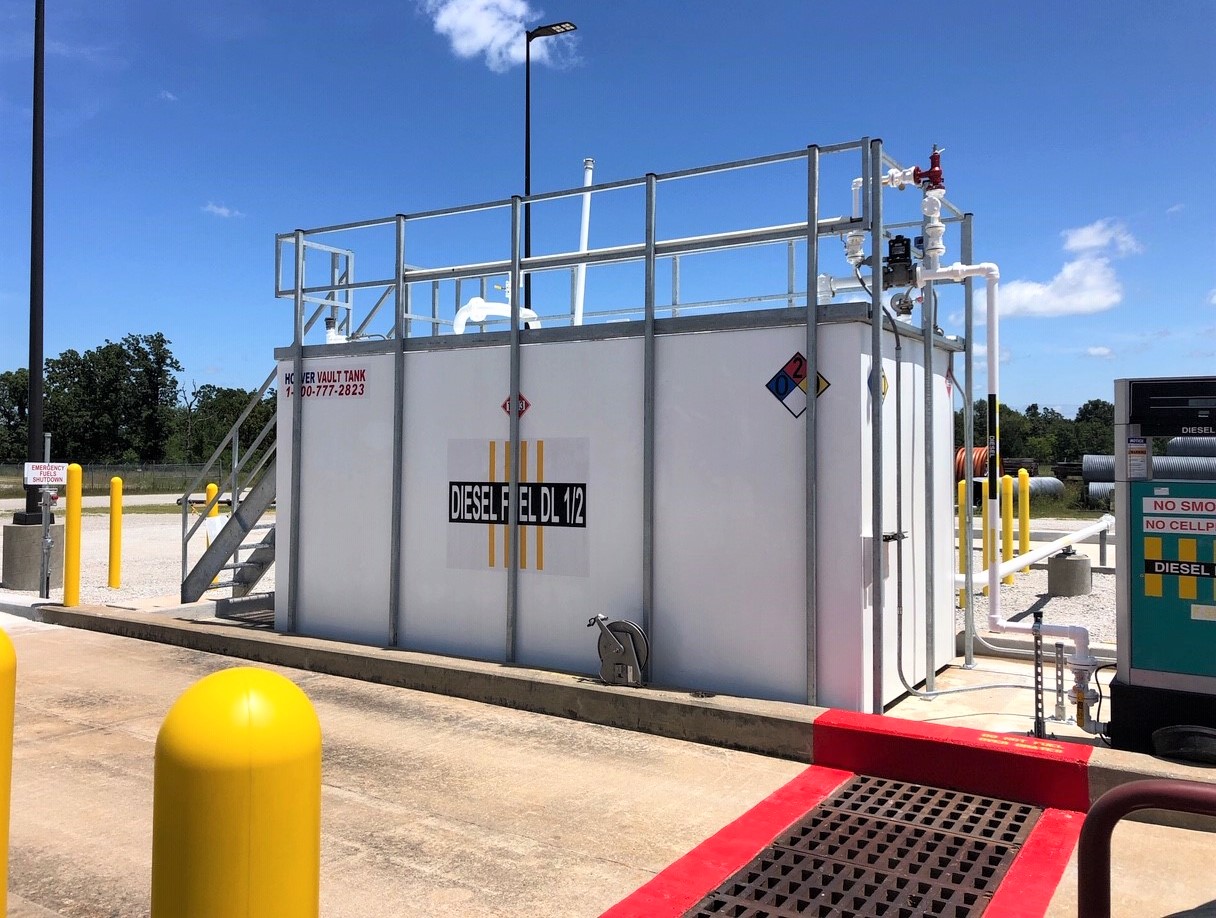 ​Because the base could not completely shut down fueling operations, working closely with the base fuels personnel, Reliable constructed a temporary operation by relocating their existing fueling dispenser, adding temporary fueling pipe, elelctrcial and relocated controls, re-routed the traffic pattern by placing barriers & signs, and installed a temporary / portable, drive through truck containment lane (12’ x 26’ with 12” high walls) to ensure spill containment.  This allowed the base to continue to receive and issue fuel without disruption through the construction period.